Historical Photographs of Marcelo Cervantes: From February 7 to March 9.
Location: Galeria Callejon de Congreso del Teatro Peon Contreras (next to the theatre, on the walk street)
Time: 10:00 AM to 7:00 PM
Admission: Free

Dance Benefit for educaTEYucatan, A.C. Wednesday, March 5
Dancer and choreographer, Tatiana Zuga will perform Arbolada as a benefit for A.C. educaTEYucatan, a Non Profit Association founded in 2010 with the goal of helping children and young people in Cholul with resources and tools so that they can reach their potential. Currently 47 students have sponsors. Sponsors’ donations pay for school fees, enrollment costs, school supplies, uniforms, and shoes. Additionally 25 primary school students receive a nutritious breakfast every school day. In our office in Cholul, students have access to computers to assist with their school work. Regular tutorials, English classes, and psychological services are also offered to students. Sponsors and volunteers are major resources for our programs, but they cannot cover all of our expenses. With this benefit concert, we hope to raise funds in order to maintain our current services and expand our impact on children’s lives. New projects include recycling, reforestation, and sports. Immediately following the dance performance Arbolada, La Tratto Santa Lucia is offering a complimentary drink to all attendees.
Locations: Auditorio del Olimpo, Calle 62 x 61
Time: 7:00 PM
Admission: Tickets are $250.00 and are on sale at the following locations: Yamamoto Coffee (Calle 60 X 41 y 43 Centro), the Merida English Library (#524 Calle 53 X 66 y 68 Centro), Cafe Latte (Calle 18 #96C X 21 y 21A Itzimna), Fuera de Centro (Calle 21 #938 X 14 y 18 Itzimna), Hennessy’s Irish Pub (Paseo Montejo #486A X 41 y 43 Centro), Takto Katrin Schikora (Calle 24 # 96 X 15 y Laureles Cholul), or through Barbara Harris (barbarajoanharris@gmail.com).

Merida Carnival 2014
Burial of Juan Carnaval
The last event of Carnival takes place in downtown Merida. Time to put the partying behind us and get back to daily life!
Location: Outside the Municipal Palace (Calle 62 x 63),
Time: 8:00 PM, Wednesday
Admission: Free

Movie: The Substance
(2011 USA) In 1943, the year in which the first A-bomb was built, Albert Hofmann discovered LSD, a substance that was to become an A-bomb of the mind. Fractions of a milligram are enough to turn our framework of time and space upside down.
Location: LA 68, Calle 68 at Calle 55, Centro
Time: 9:00 PM Wednesday
Admission: $30 pesos, $15 pesos students

Movie: What About Me?
(2011) One Giant Leap have created a unique music, TV and film project. What About Me? is the culmination of 4 years work visiting 50 global locations collecting wisdom and musical film jewels.
Location: LA 68, Calle 68 at Calle 55, Centro
Time: 5:00 PM Thursday
Admission: $30 pesos, $15 pesos students

Movie: Capote
(2005 USA) In 1959, Truman Capote learns of the murder of a Kansas family and decides to write a book about the case. While researching for his novel In Cold Blood, Capote forms a relationship with one of the killers, Perry Smith, who is on death row. Probably Philip Seymour Hoffman's most amazing performance.
Location: Cairo Cinema, Calle 20 #98A x 15 y 17, Colonia Itzimná
Time: 9:00 PM Thursday
Admission: $30 pesos plus free popcorn

Movie: Quebranto
(2013 Mexico) The memory and testimony of two characters: One, who was a child actor in the seventies, and Lilia Ortega, his mother, an actress. Fernando came out as a transvestite some years ago, and now calls himself with a different name. They live together in Garibaldi yearning for their past in the movies, while Coral bravely comes to terms with her gender identity. They both still perform.
Location: LA 68, Calle 68 at Calle 55, Centro
Time: 9:00 PM Thursday
Admission: $30 pesos, $15 pesos students

Movie: Los Ultimos Cristeros
(2011 Mexico) The plot occurs around 1925 in Mexico when the Mexican government decides to severely restrict religious freedoms. It is the story of a few rebels, The Cristeros that fight for the right to freely and publicly practice their Catholic faith. The movie follows a few of those rebels with their doubts and their struggles. The movie is loosely based on true historical facts.
Location: LA 68, Calle 68 at Calle 55, Centro
Time: 5:00 PM Friday
Admission: $30 pesos, $15 pesos students

Movie: The Great Beauty
(Italy 2013) Jep Gambardella has seduced his way through the lavish nightlife of Rome for decades, but after his 65th birthday and a shock from the past, Jep looks past the nightclubs and parties to find a timeless landscape of absurd, exquisite beauty.
Location: Cairo Cinema, Calle 20 #98A x 15 y 17, Colonia Itzimná
Time: 9:00 PM Friday
Admission: $30 pesos plus free popcorn

Movie: La Vida de Adele
(France 2013) Adele's life is changed when she meets Emma, a young woman with blue hair, who will allow her to discover desire, to assert
herself as a woman and as an adult. In front of others, Adele grows, seeks herself, loses herself and ultimately finds herself through love and loss.
Location: LA 68, Calle 68 at Calle 55, Centro
Time: 9:00 PM Friday
Admission: $30 pesos, $15 pesos students

Opera Yucatan: Ana Bolena
Donizetti's Anna Bolena is loosely based on a familiar episode from English history — the short-lived marriage of King Henry VIII and Anne Boleyn, the second of Henry's six wives. The opera was first performed in 1830, in Milan, and was an instant hit, putting Donizetti on the map not just in Italy but in Paris and London as well. It stayed in the repertory for 50 years, then fell out of favor. The opera got a new lease on life at La Scala in 1957, thanks to a spectacular performance by Maria Callas in the title role. Since then, it has been heard more frequently, attracting such superstar sopranos as Joan Sutherland, Beverly Sills and Montserrat Caballe.
Location: Sala Mayamax Gran Museo del Mundo Maya
Time: Noon Saturday
Admission: Free

Movie: Gloria
(Chile 2013) A story set in Santiago and centered on Gloria, a free-spirited older woman, and the realities of her whirlwind relationship with a former naval officer whom she meets out in the clubs.
Location: Cairo Cinema, Calle 20 #98A x 15 y 17, Colonia Itzimná
Time: 7:00 PM Saturday
Admission: $30 pesos plus free popcorn

Movie: Stories We Tell
(Canada 2011) A film that excavates layers of myth and memory to find the elusive truth at the core of a family of storytellers.
Location:LA 68, Calle 68 at Calle 55, Centro
Time: 9:00 PM Saturday
Admission: $30 pesos, $15 pesos students

Movie: All is Lost
(USA 2013) After a collision with a shipping container at sea, a resourceful sailor finds himself, despite all efforts to the contrary, staring his mortality in the face. Supposed to be an amazing performance by Robert Redford.
Location: Cairo Cinema, Calle 20 #98A x 15 y 17, Colonia Itzimná
Time: 7:00 PM Sunday
Admission: $30pesos plus free popcorn and coffee.

Movie: Strangers By The Lake
(France 2013) Summertime. A cruising spot for men, tucked away on the shores of a lake. Franck falls in love with Michel. An attractive, potent and lethally dangerous man. Franck knows this, but wants to live out his passion anyway.
Location: Cairo Cinema, Calle 20 #98A x 15 y 17, Colonia Itzimná
Time: 9:00 PM Sunday
Admission: $30pesos plus free popcorn and coffee.

No Events to report at the moment.

Grand Opening: Progreso’s Humane Society Clinic - March 16
The opening of this state-of-the-art clinic has been a long time in coming. On this day, a brand new clinic will belong to the people of Progreso, fully equipped and debt free. To make this day all the sweeter, the opening is set for Kitty’s Birthday! It has been more than a few years since those first meetings at Natasha’s, but the end is in sight and that makes it worth every struggle along the way.
Location: TBA
Time: TBA
Admission: Free

Theater: Impropulsion: A Spectacular of Clown in Movement March 16
This project is part of the Sacbe Circuit, which showcases regional scenic arts. Proceeds will go to benefit the Patronato Tampanco on the Second Anniversary of the Tapanco Centro Cultural.
Location: Auditorium of the Olimpo
Time: 7:00 PM
Admission: $100 pesos. Tickets on sale in Tapanco, Calle 47 x 68, Centro, Merida.

Call for Donations: II Evolucion Spay/ Neuter Clinic in Uman March 30
Goal: 100 animals spayed or neutered, with more expected
Cost per animal: $400 pesos, which covers the cost of surgical supplies, anti-parasite meds, follow-up meds and additional vaccinations and antibiotics if required. Most animals get their nails trimmed and their ears cleaned. Vets, vet techs, vet students and volunteers donate their time.
Sponsorship: Can you sponsor one animal? Can you ask your friends to sponsor one animal? Evolucion will send donors, via email, a photo of each animal that they helped sterilize.
How to Donate to the Uman Spay and Neuter Clinic: Online via credit card or Paypal on the Evolucion Animal AC website go to www.evolucionanimal.org/donate.php. Click on the Donate button. Please mark your donation as “Clinic.” If you would like to make a cash donation, please email patintheyucatan@gmail.com
Thanks for being part of the solution!

Have an event you want to promote? Email us at info@yucatanliving.com and we'll be happy to list it in our Events listing and our Month-at-a-Glance Calendar! 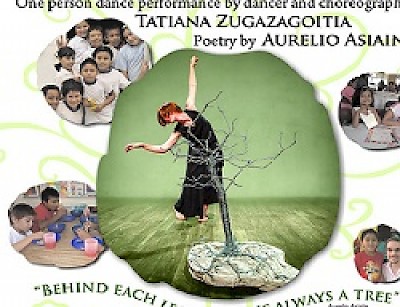 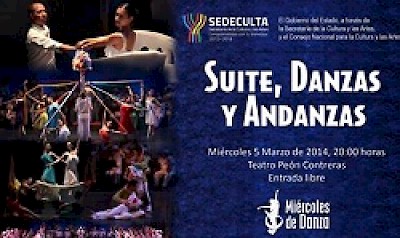 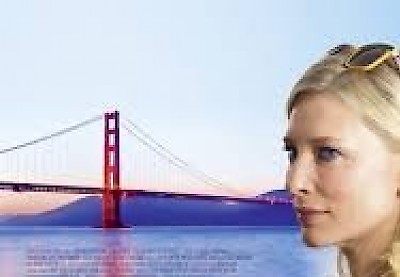 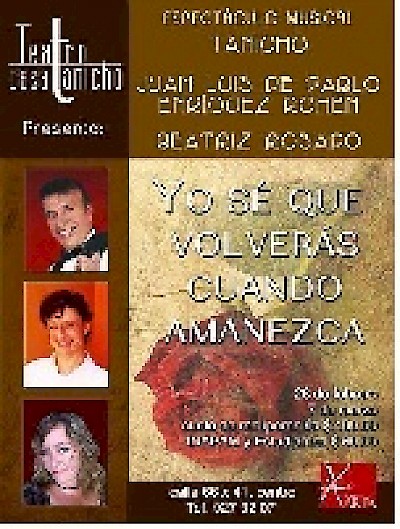 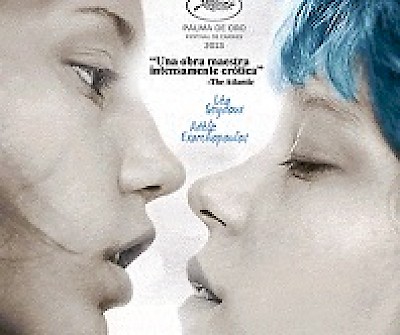 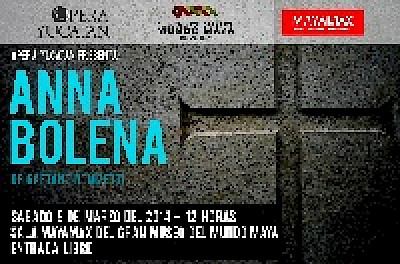 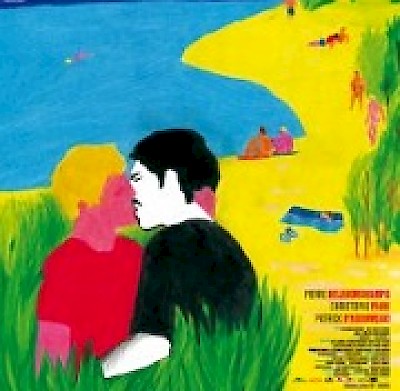 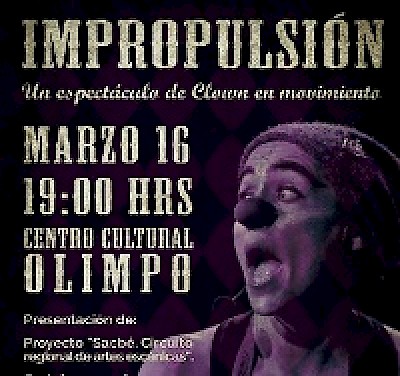