Though Valladolid still boasts the quiet streets and neighborhoods of a small town, over the last few years the downtown has begun to see an influx of boutique stores, coffee shops and even a perfumerie and spa… attractions for an ever-growing number of sophisticated tourists and expat residents. Just a quarter block from the zocalo, John and Dorianne Venator have renovated an old casona into a combination home and art museum that is a local treasure. Yucatan Living had the good fortune to be invited into their home, Casa de Los Venados, with their video cameras so that we can share this treasure with you, our readers.

In October 2000, when the Venators came to Valladolid to look for a home, they found this building abandoned and neglected. Like many of the houses in the Yucatan, it had been great once. The delicate columns holding up massive arches, the huge scalloped openings for the doors and the sheer mass of mamposteria walls spoke of a former grand life. The Venators were anxious to restore the house to its former glory, but in a style reminiscent of Luis Barragan, the famous Mexican architect known for his use of color and light, which they felt would be a fitting backdrop for their art collection.

The Venators contracted with William Ramírez Pizarro, a Merida-based architect who, among many other things, had designed the renovation of Hacienda Xcanatun. Señor Ramírez also just recently won the competition to design the upcoming Mayan Museum being built near Chichen Itza. The Venators asked him to design their home to comfortably house a few friends at a time, be an ample venue for parties and dinners and also be comfortable to live in. The finished house consists of 18,000 square feet of construction under the roof, with pink and white "macedonia" marble floors throughout. When they were renovating the house, the Venators found that part of the house had been remodeled in the late 1800's when a new cast-iron-supported roof was added to the sala grande in the front of the house. The cast iron had been brought over from Belgium as ballast in ships arriving in Progreso to pick up shipments of henequen. These roofs had to be and were completely redone with concrete reinforced beams that are more impervious to the vagaries of wind and sun.

They built a huge pool, with a bench all around, covered with individually-placed Italian white and blue tiles. In the garden, they installed a miniaturized sewage treatment plant, completely underground with churner, settling tanks and everything needed to pour clean water back into the aquifer below. Furniture was made in and around Valladolid and in Merida to their specifications, or purchased in Cancun. In the center of it all is a huge stone fountain from Guadalajara that weighs "a couple thousand pounds" which bent the arms of the forklift that took it off the truck and was installed by twelve men rolling the pieces in from the truck on logs.

The original expectation was that this would be a three-to-five year remodeling project, but it ended up taking almost nine years. The project was large and constructed almost exclusively through manual labor, and as they were building, the Venators continued to add on to the scope of the project. They bought an additional piece of property in back of the original house and constructed a 3-story annex which now contains five servant rooms, a laundry room, a large storage room, and a maintenance and repair shop. Recent additions have included a stereo music system installed in the sala grande, the central courtyard, the entry, on the roof-top terrace, and at the swimming pool. More than twenty phones were recently installed throughout the house, and there is now also a giant electric roll-down screen and projector in the central courtyard to watch TV and movies in the evening.

The house that was finished in early 2009 fit all the Venator's requirements and more and recently won First Prize in the 8th Biennial of Yucatan Architecture in the Tourism category. (The house is so large that it was submitted to the contest as a small hotel.)

A Legacy of Art and Architecture

The Venators have poured their heart, soul, years of experience and a considerable amount of money into building and furnishing this house, resulting in a masterpiece that is, as requested, comfortable to live in and a virtual museum of modern Mexico folk art. They also spent years visiting various parts of Mexico, meeting and getting to know artists and artisans and buying representative and commissioned works from many of them. In the process, the Venators have forged a relationship not only with artists throughout Mexico but also with the directors of the Museo de Arte Popular (MAP) in Mexico City. It's good to know that the entire house and contents will someday end up in a non-profit foundation with the intention of being available and open to the public.

The art collection inside Casa de Los Venados is a wonder to behold. And touring the collection with the Venators telling stories of where and from whom they purchased the art is a delight for anyone with an interest in the subject.

Paintings in their collection include many works by Daniel Rosel and Miguel Lizama of Merida, as well as individual works from many artists in Oaxaca and other parts of Mexico. Daniel Rosel, a favorite of theirs, also contributed a mural for each private garden in the five suites, as well as the tile mural in the musicians balcony in the main sala. He had never done tile murals before, but was encouraged to expand into this media by the Venators.

Other outstanding pieces include an extensive collection of sculptures of market ladies from Josefina Aguilar, one of three sisters who are the most famous sculptors of non-black pottery from Oaxaca. Josefina's son is the one who created the three dimensional "logo" sculpture seen in the video. A huge sculpted crucifix on the living room wall was done by a father/son team in Oaxaca, Luis and Jorge Valencia, who are famous for their high-relief, painted ceramics... they also did the mural of a Oaxacan village in the entryway (also seen in the video). A huge jar in the Valladolid Suite (as well as a few other pieces scattered throughout the house) was made by Salvador Vasquez of Tonala, an 80+ year old artist who makes his pieces in a kiln lined with river rocks. In the Maya Suite, we found a chiseled pot from Ticul, pencil drawings by a man named Joel Rios who Venator met when he was working the front desk at a hotel, and a huge and complex commissioned arbol de vida (tree of life) by Oscar Solteño of Metepec.

In the Frida room, there are ceramic paintings from Tonala, a decoupage chair from Mexico City (seen in the video), and a table by the Rosenthals from Erongaricuaro in Michoacan (whose work can be seen in various places throughout the house and in the video). There is a metal crucifix looking down over the garden that the Venators saw being carried in a parade in Patzcuaro to the altar de los indios outside the church. It was not considered good enough to be inside the church, but the Venators bought it on the spot. There are Katrina dolls from Juan Torres in Capula, Michoacan, and a magnificent papel picado ("picked paper") piece by Pedro Ortega done in unusual silver paper in the dining room. The Venators admit to a "crockery fetish" and have to date acquired four complete place settings for twelve including one by Ken Edwards from Tonala, one from Patzcuaro and a complete Talavera set with deer from Puebla. There are copper pots in the living room by a FONATUR prize winning family, onyx lamps from Puebla, life-sized straw sculptures from Patzcuaro... the list goes on and on and on.

It is apparent that the Venators are thoroughly enjoying their house now that it is finished and the art is unpacked (though, believe it or not, there is still art in storage waiting to replace anything that might break or need a rest from public display). They have opened up Casa de Los Venados to visitors as well as to the people of Valladolid, with whom they produce and host cultural events to enlighten, entertain, and educate the community in the facilities of the house.

As an unofficial celebration of the end of construction, they held a fiesta honoring John’s mother's 93rd birthday on December 21, 2000. The current mayor, four previous mayors, a number of other prominent city residents and the town historian, among others, were their guests at the festive event. They give daily tours of the house and the art collection to the interested public.

For the Venators, "A house is a hobby". They consider Casa de Los Venados a project that will never be truly finished. The sheer volume of art objects and the vast collection of products of creativity already overwhelms visitors to the house... we can only imagine how magnificent it will become in the years ahead. Yucatan Living thanks the Venators for sharing their house and its contents with our community, and wishes the Venators many additional years of collecting and enjoying their "hobby", Casa de Los Venados, which is a treasure for us all.

Photos of some art in Casa de Los Venados 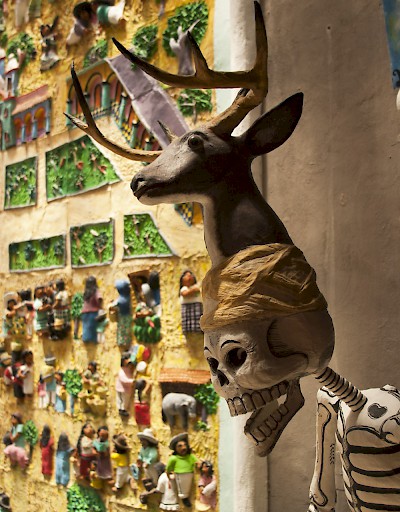 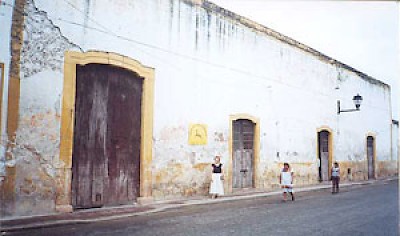 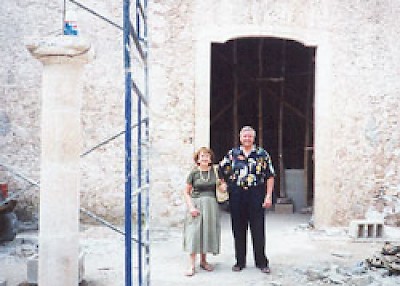 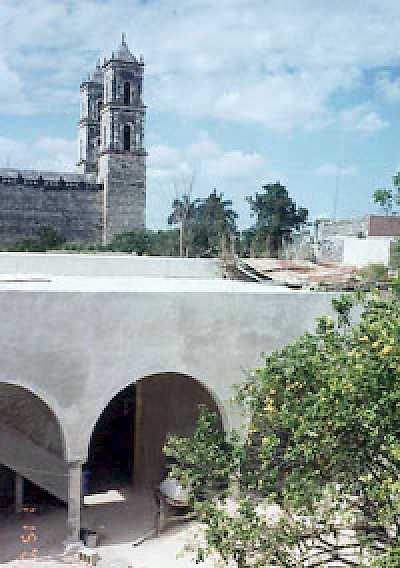 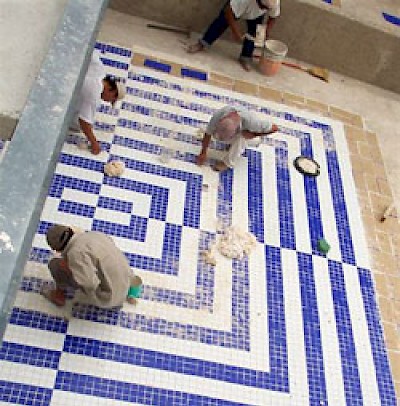 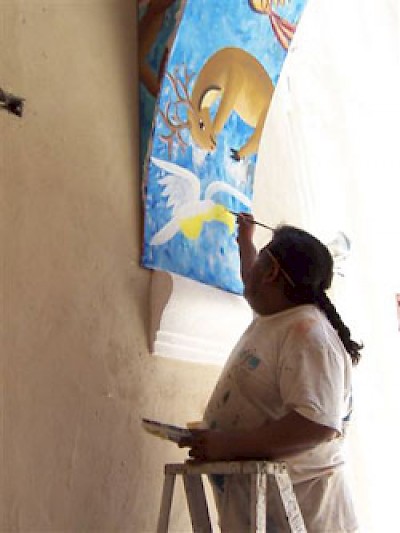 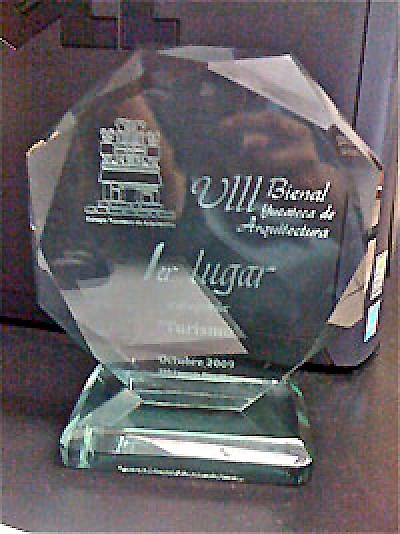 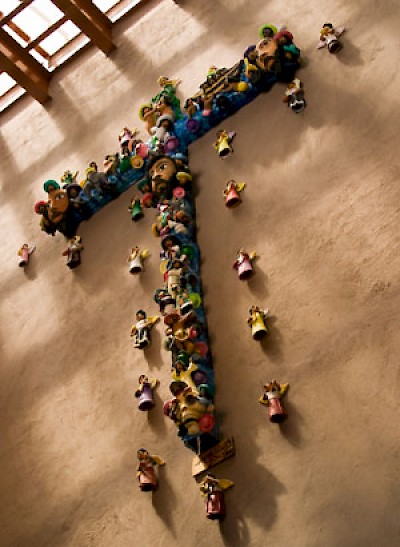 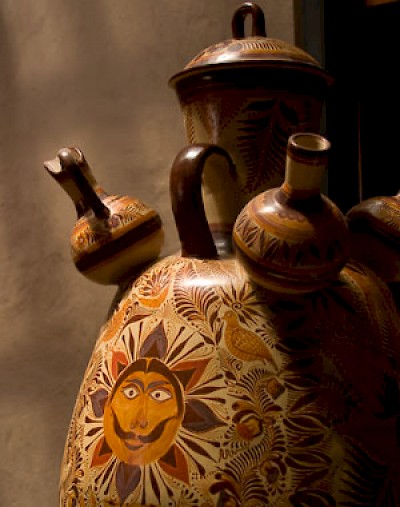 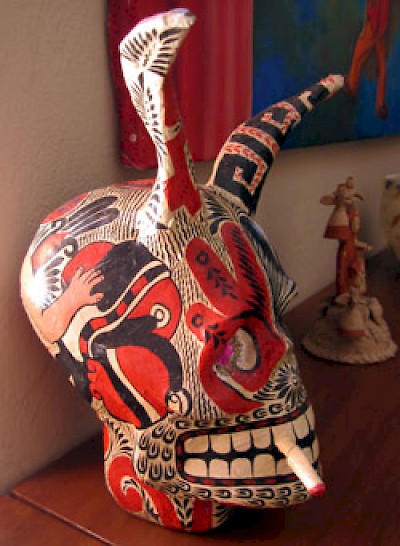 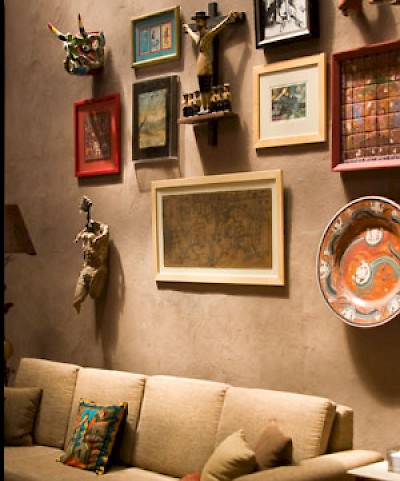 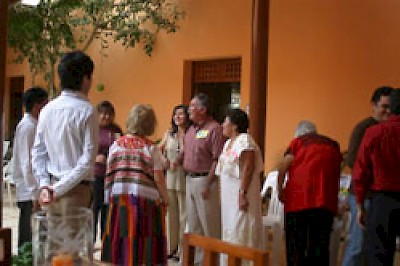