Halfway between Merida and Cancun is the lovely colonial town of Valladolid. Every year for 12 days the city honors its holy patron, the Virgen de la Candelaria (Virgin of the Candle). The fiesta, called the Valladolid Expo-Feria (expo-fair), is a combination of religious ceremony and an agricultural exposition and fair. From cowboy boots, crockery and prize winning bulls to barbeque, carnival games, performers and a midway, Valladolid’s Expo- Feria entertains and delights.

By night, the fairgrounds are so crowded in some areas with vendors and visitors that they are barely passable. If you want to avoid the crowd while you experience the best of the Expo-Feria, visit in the late afternoon and stay until early evening. A small entrance fee is charged at the fairground gate.

Beyond the fairgrounds, drop in at the Iglesia de la Candelaria. You’ll find it on Calle 44 at 35. Plan your visit and you’ll catch one of Candelaria’s processions, where the virgin tours Valladolid’s various churches and schools. The processions are a colourful opportunity to visit different parts of this recently renovated colonial city.

Maruja, a cafe on the plaza grande, is a great place to rest and grab a coffee or an iced drink before heading to the fairgrounds. Its outdoor tables under the colonnade are perfect for catching a breeze and people watching. The cafe is currently displaying a private collection of Mayan sculpture reproductions called La Mujer en el Arte Maya (Women in Mayan Art). Look for Maruja at the corner of Calle 41 and 40.

Valladolid’s Expo-Feria usually happens in late January or early February. For more information, check out the website (in Spanish).

There is little information about Valladolid’s holy patron. Candelaria’s legend tells of a slave who, while returning to town from the jungle, encountered a white lady carrying a baby and a candle. She asked the slave to build her a lean-to for her son. The slave built the shelter for the woman and then continued on his way. The story goes that when the Hacienda’s steward heard the tale, he went to investigate and was awed by the image of the virgin. He recounted the story to the landowner, who ordered the construction of a room for the virgin. Today’s church is said to contain this original room.

A chance encounter added to Candelaria’s legend. According to Valladolid native Don Gil, the town was in the grip of the black plague. But after the appearance of Candelaria, the plague ceased. It was a miracle and Candelaria remains forever in the hearts of Vallisoletanos.

Wondering what is there to do at the fairgrounds? Here are a few suggestions. Tour the bulls and sheep in the livestock area. Sit on a saddled bull: this little Vallisoletana demonstrates just how easy it is. Peruse the vendor stalls for crockery, local honey, cowboy boots and hats. Try one of the carnival games.

Valladolid is ranching country so cowboys and barbeque are abundant. Thick slabs of marinated beef and pork sizzle on open grills in the food stalls surrounding the big tent. Plumes of aromatic smoke rise and disperse among the crowd, luring customers to awaiting tables. Treat yourself to late lunch with a local specialty like arrachera — a marinated beef.

Look for an assortment of food, entertainment and ample shade in and around the big tent. The big tent hosts the shows, music and has plenty of seating. To find it, you can meander through the Expo-Feria, but for a more direct route, take the path on the left just inside the main entrance. It passes the livestock area. Continue straight, and turn right at the path just before the entrance to the bull ring on your left.

For those who have a taste for the ring, bullfights are held daily. In 2010, Rejoneadores Rodrigo Santos and David Cesa appeared, with matadores Jose Luis “Angelino” and Manolo Martínes, for instance. A ticket cost about $200 pesos for adults. Be sure to sit on the left of the ring; it gets the shade first and your back will be to the sun.

The fair grounds, which are on the outskirts of town, are close to the bus station* and a $15 peso taxi ride to or from El Centro ($20 pesos in the evenings). 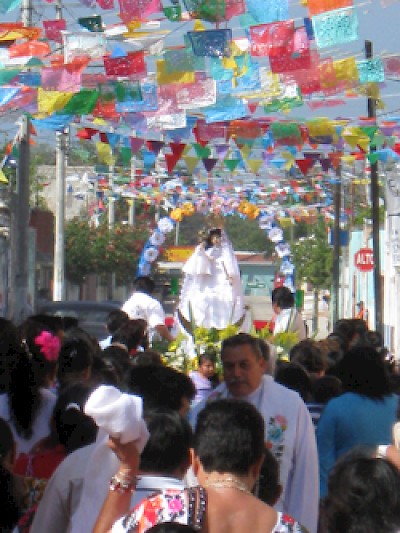 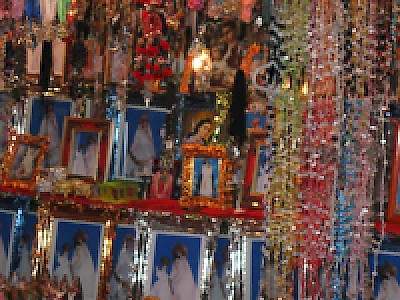 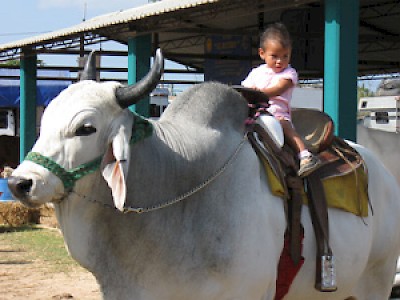 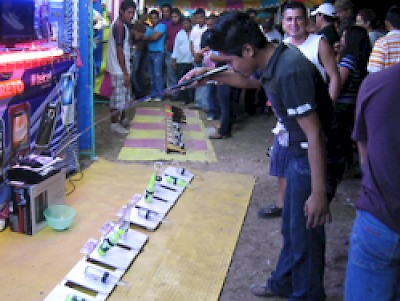