Yucatan: The State of Math in Mexico

The strength of Yucatan today is in its cultural identity. Anyone in Mexico knows where cochinita pibil and Armando Manzanero come from, and that Yucatan is a state that is muy tranquilo. Dig a little deeper, and you might even remember that the guayabera and the chili habanero come from this region as well.

Yucatan is famous for many things. But when it comes to economic sophistication, Yucatan is not the first place that comes to mind. In an economic sense, Yucatan could be defined as a modest Mexican state… so far!

Among the thirty-one states in Mexico, Yucatan's economy ranks 23rd and Yucatan's production contributes only 1.5 percent to that of the whole country of Mexico.

The state of Nuevo Leon, in comparison, represents 7.5 percent of that total and Jalisco represents 6.8 percent, according to the official data from INEGI, Mexico's map-making and census-taking bureau (see link at end of this article).

So why should we be keeping an eye on Yucatan? What makes Yucatan special, from a financial point of view?

We can start with the famous security that it offers to its inhabitants, according to all trusted information. You can make a life in Yucatan, free from fear. That fact alone is a big draw for most Mexicans, not to mention foreigners. It makes Yucatan an attractive place for companies to set up shop, knowing that they can easily attract employees.

Yucatan and the Information Economy

But there is something else. When President Enrique Peña Nieto recently relaunched the Hecho en Mexico campaign, there was another speaker that day in Los Pinos’s not-very-exciting event: Farique Cetina. Most of what Cetina said that day was not memorable.

But I do remember well one thing that he told EL FINANCIERO the next day: that in 2002, his company, National Software, was created with two workers and 30 thousand pesos in capital. Today he employs 130 people and serves 25 thousand customers in México, 14 others country of Latin America, and even a company in Dubai!

Cetina's company National Software produces software for small and medium business like restaurants, and they compete against companies from Europe, India and the United States... and it is based in Merida, Yucatan.

“I belong to that generation of entrepreneurs who believe that the greatest treasure of this country is not underground, but instead it walks everyday on the surface of its territory. I mean its people”, explained Cetina to the reporter Daniel Blanco in an interview.

Is it an isolated case? It may be for now, but not if Yucatan's governor has anything to say about it.

Math for the World

Recently, I researched a project that Rolando Zapata is working on. Zapata is a 49 year old former lawyer who graduated from the Universidad Autónoma de Yucatán (UADY). He is just about to finish his term as the most recent Governor of Yucatan.

What I have also learned about him is that he seems to be a math enthusiast. He has said that he is convinced that the world of personal transportation, for instance, will be changed by applied math, worldwide. He cites Uber as an example. He feels that the use of math has almost no limit and he believes that Yucatecans can innovate for the rest of the world's wellbeing.

“In Mexico, when people think about math, they will think about Yucatán”, Zapata has declared, alluding to a personal goal of his to link to the original culture of his region, the Maya. As every school child knows by now, the Maya showed extraordinary skills in this particular science.

“Math is so important. We want to show that it is not only a theoretical, abstract science. But it is also an innovation and wellbeing creation tool”, Zapata said during a conference last year.

We can dismiss this as the speech of a politician. Or we can look a little deeper.

The state of Yucatán has declared itself "all in" with a federal project that promises to create new cities in Mexico, called Special Economic Zones (ZEE, in Spanish). These special zones will reduce or eliminate taxes in some geographic areas in order to attract investment to poor areas of the country.

The expansion of the port of Progreso has become part of the second phase of that program.

Progreso, a town of only 40,000 inhabitants and some tourism infrastructure, was almost certainly partly chosen for its proximity to Florida. The roads that connect its dock to the Yucatan Peninsula are being upgraded to link to the 10 lane and 40 kilometers long highway between the Gulf Coast and Merida, the capital of Yucatan. This is another good reason to include it in the ZEE project.

Why was this port officially included, when it was not part of the original plan? A big part of the reason is the fact that Yucatan has just inaugurated the Scientific and Technological Park of Yucatan right in the middle of a what appears to be endless Yucatan jungle, but with easy access to that highway. This according to Gerardo Gutiérrez Candiani, the man responsible for the ZEE project in Mexico, during a recent interview.

Right here outside of Merida, the Yucatan government is building the Math Research Center of Yucatan, which will have a close relationship with the Math Faculty of the UADY. This plan was initiated by the Research Innovation and Superior Education Secretary of the state, a Yucatan government office created in 2015. This month, they held a party celebrating a project that now offers 250 postgraduate programs for students.

Yucatan of the Future

So, Yucatan has built (and continues to build) the opportunity to enhance the abilities of its people, and to participate or even lead the knowledge and logistics economy of Mexico. Yucatan has chosen to change its focus from the economies of the last century, which are mostly based in manufacturing and the oil industry. These economies are still preferred by other governors of Mexico. In Yucatan, Zapata has detected an opportunity for Yucatan to leapfrog its fellow states into a new economic adventure. Will he and will Yucatan be successful? 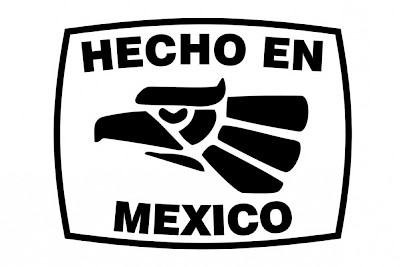 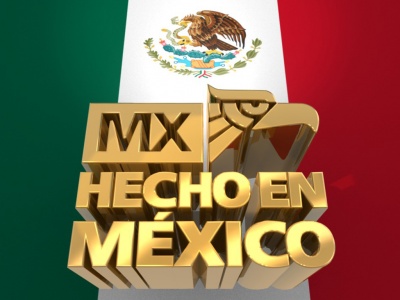 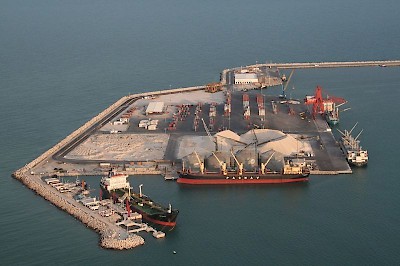 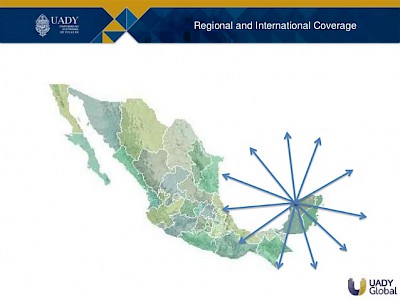