After a fascinating life that included working as a jockey, running a Mexican restaurant in England and selling hot dogs to Marines on the beach in California, Paul Lawrence came to Yucatan. He and his wife Carol opened up a restaurant where they live in Chelem, along the Yucatan Gulf Coast and have been happily running it for over three years at this writing...

Paul Lawrence and his wife Carol run Tacomaya in Chelem, Yucatan. Besides running this popular hangout, Carol came up with the idea of the FUNKYMARKET, an equally popular event. They have permission to block off the street in between the restaurant & the baseball park, Coca Cola provide the tents and artists & artisans, cooks, bakers & candlestick makers come from miles around to sell their wares. The next one is September 9th from 10 AM to 2:30 PM. 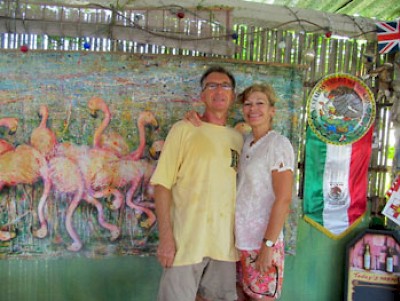 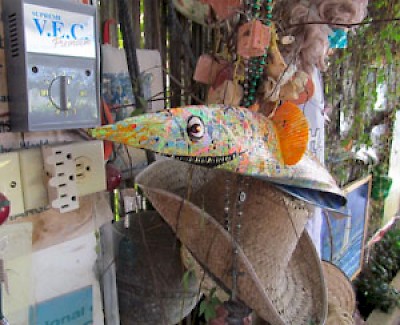