Louis Nevaer is the owner of Casa Catherwood here in Merida. He also publishes a few websites: one called Mesoamérica Foundation, and his latest called Romero Books (no, we are not linking to them). His website should not be confused with this Mesoamerica Foundation, or especially this Mesoamerica organization, usually referred to as FAMSI (although we suspect the confusion is intentional). He publishes other websites as well, including HispanicEconomics.com.

Anyone who has visited Louis Nevaer's websites or has been stuck on his mailing list over the years has been an audience to his campaign of libel, defamation and harassment, beginning with a non-profit organization, Brazos Abiertos.

But Louis Nevaer didn't stop there. His venom has spread over the months and years to include any number of organizations and individuals who have supported or worked with Brazos Abiertos. This has unfortunately included us. We wrote an article called Adios Casa Catherwood to explain our position.

Several times over the past years, we were advised by several mortified friends and readers that Louis Nevaer had struck again, posting and articles about us on his website, which he invariably takes down, before putting up something new and horrible. Due to the personal and threatening nature of that article and others that have followed, we feel it's important to set the record straight.

First, we would like to acknowledge the writer Beryl Gorbman, who is a long-time friend of Louis Nevaer (but has also been one of our clients), for writing this article in our defense. We also wish to republish the comment to her article written by our friend, Al Giordano, the publisher of Narco News and founder of the School of Authentic Journalism:

Thank you, Beryl, for the opportunity to address the libelous and defamatory statements by Louis E. Ravela Navaer (as he is known in a California state court restraining order against him as well as a federal court judgment finding him guilty of stalking, defamation, portrayal of individuals in false light, and intentional infliction of emotional distress, with a judgment of more than $250,000 in damages and attorneys fees against him: this individual has obviously harassed, stalked and defamed others before he started in on the Fields, and has been brought to justice for it).

Jim and Ellen Fields are good and honest people who have never supported any “terrorist” organization or anything like that. The accusation is so silly as to be laughable. They have supported *journalism* about a 2006 speaking-and-listening tour by the Zapatistas of Chiapas, which are notably *not* on the US government list of terrorist organizations and in fact are legally recognized by the Mexican government as involved in an ongoing peace process, a government which furnished federal police security for the Zapatista spokesman during that six-month 2006 national tour, which was reported also by every major national and international news organization in Mexico, just as Narco News reported on it. Would Mr. Nevaer accuse the New York Times and the Washington Post of supporting “terrorists” because they reported the same story?

Finally, Mr. Nevaer’s maliciously false statements that Narco News “supports drug traffickers” are evidently false to everyone who has read our online newspaper over the past ten years. To the contrary, our reporting has investigated and exposed hundreds of cases of drug trafficking and related official corruption in many countries (not just Mexico) including the United States. We invite anyone interested to simply review our reports at http://www.narconews.com and draw their own conclusions on the honest and authentic journalism we practice every day. Given that Mr. Nevaer – who we do not know and have never had any contact with – is the only party here that has been judged guilty of serious crimes, including defamation, we find his claims about others to be non-credible and lead us to question his emotional stability and credibility.

If you are wondering what Al Giordano means by "the only party here that has been judged guilty of serious crimes, including defamation", you can read the relevant documents about the past life of Louis Nevaer below (PDF format, requires Adobe Reader).

UPDATE: Since this article was written several years ago, Louis Nevaer stopped his online defamation for awhile. But not until he had reported us to the immigration authorities, who visited us and determined that there was no truth to his allegations. Reports about him to the U.S. Consulate have informed them as well that we are being harassed, but there is apparently nothing that they can do to stop him. Recently, Louis has started up again, sometimes using aliases (such as "Rob Brenner") to spread his slander, including a very hurtful portrayal of our son who died in 2010.

The founders of Brazos Abiertos obtained a judgement against him in a court in New York in April 2015. They explain here:

"After four years of being falsely accused and libeled, we have cleared our names! For unknown reasons, we have been the target of an attempt to discredit Jose, myself and Brazos Abiertos, Inc., with accusations and lies that questioned our integrity and honesty.

On February 11, 2015, Jose Solis and I (“Plaintiffs”) filed a lawsuit in US District Court for the Eastern District of New York, against Louis Nevaer, Mesoamerica Foundation, and Hispanic Economics (collectively, the “Defendants”), for, among other causes of action, defamation of character and libel per se. See, Solis and Truax v. Mesoamerica Foundation, USA, Inc., Hispanic Economics, Inc. and Louis Varela Nevaer, et. al, 15-CV-0702 (E.D.N.Y.)

In June, 2015, Plaintiffs obtained a final Judgment in the case against the Defendants. An exhibit to the Judgment is a notarized Statement signed by Mr. Nevaer in which he affirmatively indicates that the allegations he had made in the past regarding Plaintiffs, Brazos Abiertos, Inc. and Fundacion BAI A.C. are not true. He also indicated in the Statement that he recognized that Plaintiffs were never engaged in activities designed to promote and facilitate inappropriate and/or illegal sexual encounters between foreigners in Merida and local residents.

The Judgment includes a permanent injunction, enjoining Mr. Nevaer, whether in his own name or using an alias from ever again making, publishing or posting any false, (including falsified quotations of third parties) misleading or defamatory statements about Plaintiffs, Brazos Abiertos, Inc., Fundacion BAI A.C., d.b.a. Brazos Abiertos Yucatan and/or their director general, directors, officers, volunteers and committee members.

I am happy to report that with this Judgment, our lawsuit against Mr. Nevaer has ended successfully. All documentation including Plaintiffs’ Complaint, Judgment and the Statement is publicly-available information. Plaintiffs’ counsel has reviewed and approved this email.

We are forever grateful to our friends who have stood by us through this painful time. Jose and I hope you will continue to support the wonderful work of Brazos Abiertos!"

Nevaer's recent inclusion of us in a "fictional" account of the misdeeds of expatriates in Merida, and listing Working Gringa along with convicted criminals in Mexico is the type of activity that he is specifically forbidden in this judgement. As volunteer providers of website services to Brazos Abiertos as well as decent human beings who have never attempted to hurt anyone, including Mr. Nevaer, we believe that we are covered by this recent judgement.

People who know us fortunately do not pay any attention to his distortions and slander. But for those of you who do not know us personally, we encourage you to see what is going on for what it is: a smear campaign using aliases. We encourage you to also let his writings starve and die for lack of attention. 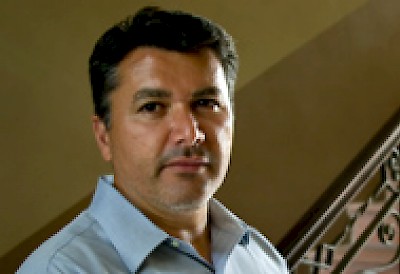 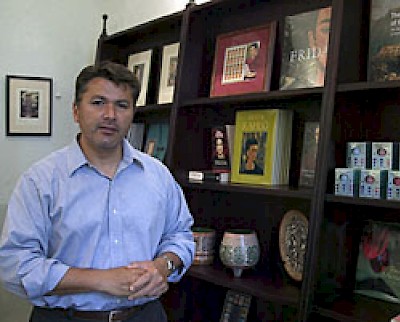 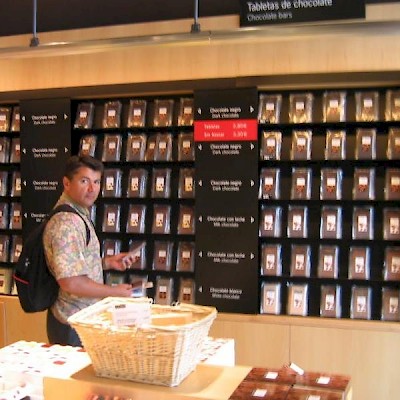