This house is located less than two blocks from Paseo Montejo, the grand boulevard of Merida, at the outer reaches of the northern Barrio, Santa Ana, in the fast growing hotel district. The city center, la Plaza Principal, is exactly one mile to the south of the house. It has 29+ meters of street frontage, and over 34 meters depth (property: 960m2, construction: 541m2).

The house is partially set back from the street providing a wonderful private front garden and entry. A gated driveway on the west side of the property allows entry to a 3 car garage at the rear of the property. The back garden is primarily occupied by a 4m x 12m, partially covered, deep pool. A bedroom and bath, and a bodega, are located on the east side of the pool. A stairway on the east side leads to the upper terrace area that allows access to a smaller stairway that leads up to a rear entry to the upper bedroom on the second floor. Also on that entry platform is a spiral stairway that leads further up, to the upper roof area allowing access to a 50 gallon solar water heating system and an 1,100 liter tinaco (water tank) that supplies water, and good gravity water pressure to the house. The Tinaco is fed via a submersible water pump located in a 1200 liter cistern on the ground level, under the patio. The cistern is fed via a 500 liter lower tinaco on the west wall of the property that receives city water. In addition, there is a wastewater well, and a deep freshwater well that provides service to the pool and garden (front and back) watering system.

The pool is filtered via a diatomaceous earth, pressurized, canister located in the garage. A copper system is used in conjunction with chlorine to keep the pool water clean and free of bacteria. The copper system dramatically reduces the need for daily quantities of chlorine needed for the pool.

The property is well shaded with huge royal palm trees, tall timber bamboo and tall trees. The old stone house itself is filled with colonial style double doorways which, when open, provide excellent natural airflow, such that air conditioning is not a necessity. Inside the house, ceiling fans provide adequate air movement and work well with the warm and humid climate of the Yucatan. However, the house is prepared throughout, for the easy installation of air conditioning units wherever the homeowner might feel it is needed.

The house has a foyer and nine rooms. Up the 31 stairs are an upper foyer and two rooms; a bedroom, bathroom, and dressing room. There is an upper terrace accessible at the top of the main stairway. The terrace has a double door entry that opens into the front dressing room. Also, from the top of the stairway you enter a double doorway into the spacious rear bedroom, then going through an arched opening to the north, into the room in front and bathroom. The bedroom has a rear exit to the stairs leading down to the upper terraces, which is currently not developed. Further down the southeast side stairway is access to the ground level and pool.

Downstairs you will find upon entering the formal entry to the house, a foyer where you can either enter the house to the south where the main room is, and kitchen, or walk straight into a front studio room. In the studio is an archway that leads to another room toward the south, which could be an office/study/library/Audio visual/ etc. This room has another archway that leads back to the foyer, and two double doorways that lead into the kitchen. The main room serves as a formal dining and living room. At the back of this space–to the west– is a double door entry into a bedroom and bathroom.

Stepping out into the rear patio and pool area from any number of double doorways, you will find–on the east side–another bedroom and bathroom. From the kitchen is a doorway that opens into a laundry area. At the southeast corner of the property, near the deep end of the pool, is a bodega for dry storage. The pool area has a circular walled space with a shower for changing out of wet bathing suits.

Merida is one of the safest, and happiest metropolitan areas on the planet. Yes, living in the center of one of the oldest cities in the Americas, established in 1541, can be noisy and lively at times, but living here, where you can walk the streets without fear, in this wonderful abode, is a pure pleasure. Access to everything is easy from this north area of the centro known as Santa Ana. 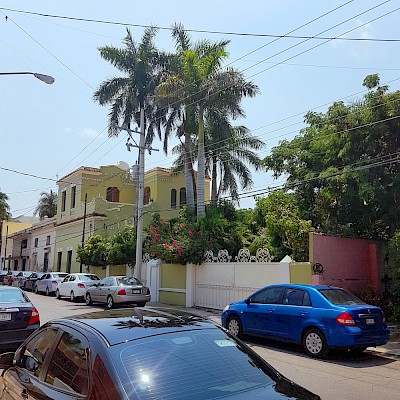 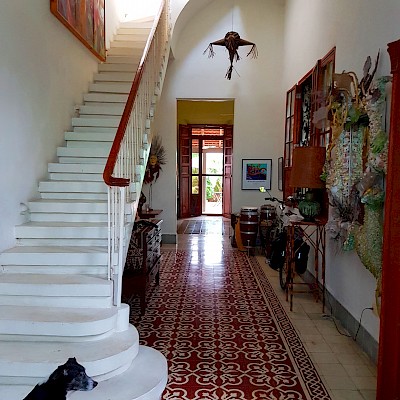 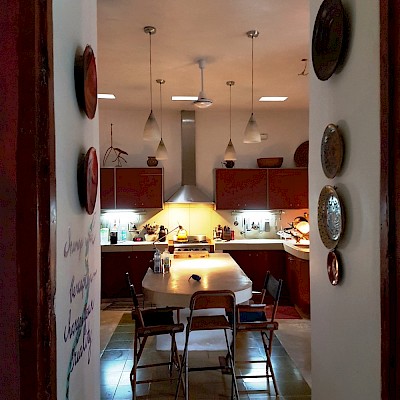 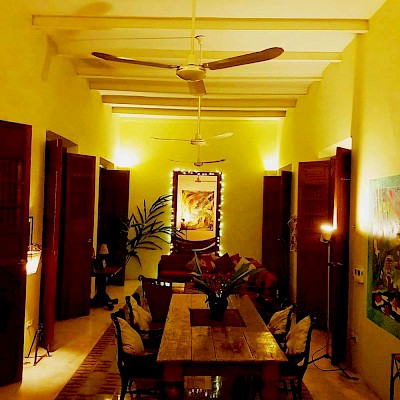 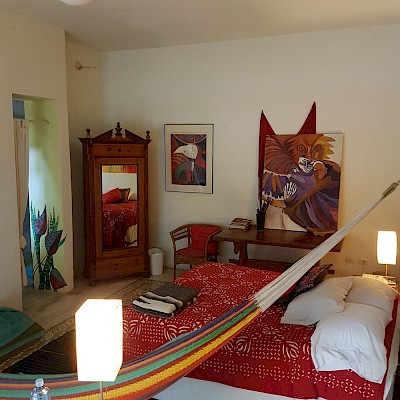 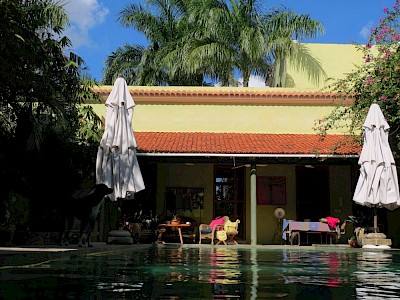 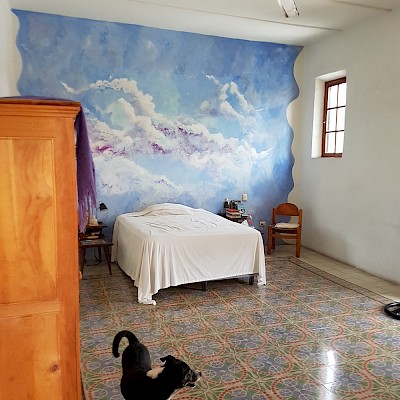 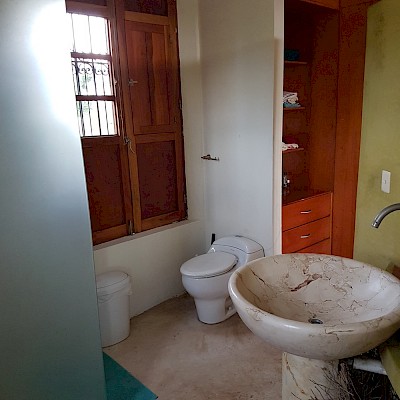 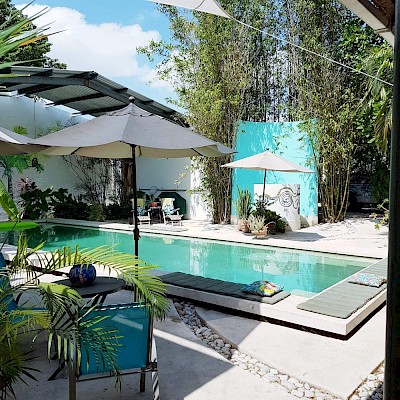