Snakes of the Yucatan

Most of us who spend much time in the Yucatan owe a lot to one or two native Yucatecos who counseled us on everything from government bureaucracy to where to find the best deal on doorknobs. And if you're here long enough, someday this happens:

This invaluable friend appears at your door bearing a brightly colored, boldly patterned, horribly mangled little body of a snake, declaring that quick action and a sharp machete have just saved you from a deadly venomous encounter.

In fact if you live here long enough listening to your neighbors' stories about deadly snakes, you'll start getting the impression that every nook and cranny, indeed the whole countryside, is infested with horribly poisonous snakes.

Now let me tell you this: for years I've been tramping around in the Yucatan's woods, along forest trails, through plantations, in old buildings, hacienda gardens, roadsides, etc., and so far I've not for certain seen a single poisonous snake.

I know that they're here, for scientific literature tells me so, and I have a friend near Telchac Pueblo who one day in his orange orchard was bitten by a venomous Cantil and almost lost his leg. Still, my experience has been that poisonous snakes in the Yucatan are much rarer than, say, in Mississippi's piney hills, on Oregon's mountainous slopes, or Kentucky's rural countryside.

Which Venomous Snakes Are Here?

According to distribution descriptions in Jonathan A. Campbell's "Amphibians and Reptiles of Northern Guatemala, the Yucatán, and Belize," here are the dangerously venomous snakes to be found in the Yucatan Peninsula:

This means that if your Yucatan base is near Mérida or along the northwestern coast, you only have three venomous species to worry about. You are too far west for the Barba Amarilla (also known as the Fer-du-lance), and too far north for the Jumping Pitviper. For you there's the coral snake, the rattlesnake and the Cantil. The Cantil is closely related to the Northern Water Moccasin or Cottonmouth.

Both coral snakes and Cantils hunt mainly at night, and rattlesnakes are of a very spotty occurrence. Therefore, if you take normal precautions, such as watching where you put your hands and feet when you're in snake country, snakes are just not a big worry in places most of us go to. That is not to say that you needn't be careful in gardens, where there's thick underbrush, in trashy areas or where piles of leaves or other plant material are lying on the ground.

Getting to Know Your Snakes

If you are interested, you might want to consier doing a Google Image search on the venomous species from the list above that are found in your area, study their pictures, and become acquainted with each species' distinctive features.

The five species in the above list fall into two main groups: the coral snakes and the pit vipers. The bottom four species on the list are all pit vipers.

Variable Coral Snakes are known by these features:

How To Recognize the Region's Venomous Snake

Every pit viper has a conspicuous pit, or hole, in its face between each eye and the nostril in front of it. The pits contain heat-sensing organs enabling the snake to locate warm-blooded prey in total darkness. (And you thought they were called pit vipers because they lived in pits, didn't you?)

The vipers and rattlesnake are responsible for most snakebites. At one time, bite fatality was about nine percent, but, due to the development of antivenom, that number has dropped to almost zero. It is important to seek medical treatment right away as the necrotic venom causes tissue necrosis which you can google later for nightmare fuel.

In the Yucatan, any native snake that is not banded like the mostly red-and-black coral snake (banner image), and does not have a pit between its eye and the nostril, is not dangerously venomous.

Several other snake species are mildly venomous. If they bite you, you may suffer some inflammation and soreness for a few days but that'll pass and leave no lasting effects. Brown Vine Snakes, which more than one campesino has grabbed thinking they were dangling brown vines, are that kind of snake.

An aggravating feature of dealing with venomous snakes in the Yucatan is that several perfectly harmless, gentle species do a good job mimicking a venomous species. That's especially the case with coral snakes. The Ringed and Short-faced Snail-eater (fifth picture), Long-tailed False Coral, Red Coffee Snake (fourth picture at right), and the Tropical Milksnake all look somewhat or very much like venomous coral snakes. Some of them are quite common, and are likely to be seen during the day. The vast majority of snakes I've seen mangled because they were identified as coral snakes have been harmless, wonderful little Tropical Milksnakes, who like to curl up in flowerpots on patios, and little Red Coffee Snakes, who have a passion for trashy areas, and who, if you nudge them, are likely to fall over in a faint, not bite.

Snakes, In General, Are Nice

Snakes play an important part in maintaining the balance of species in the ecosystem, especially with regard to controlling rodent populations. Even more important, snakes are beautiful and worthy creatures in their own right. Not every snake you find should be killed, therefore, and it would do the Yucatan environment a world of good if we all learned how to tell the venomous apart from the harmless.

Editor's Note: We have to concur with Jim Conrad, the Backyard Nature guy... we have lived here for many years and the only snakes we have seen have been dead on the highway.

If you enjoyed this article, we encourage you to read more about the nature around you in Jim's wonderful website, www.backyardnature.net. and look for more articles about the Yucatan natural world here soon! 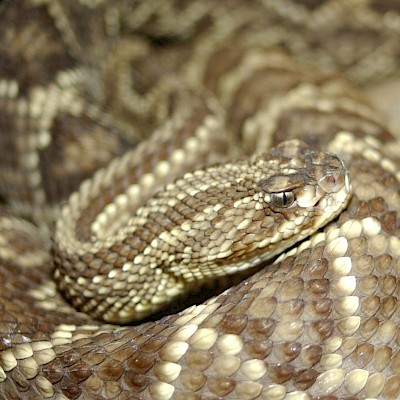 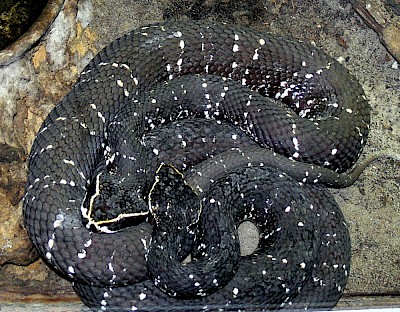 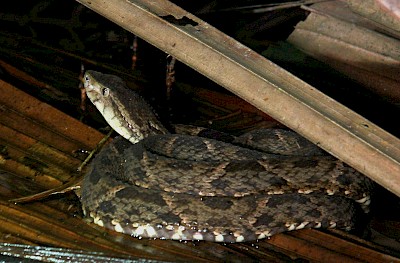 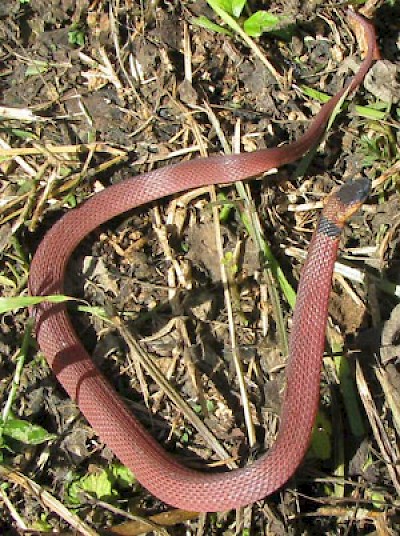 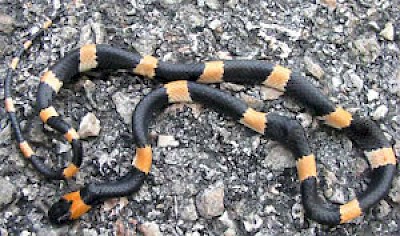 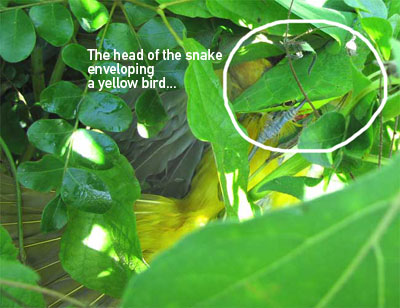 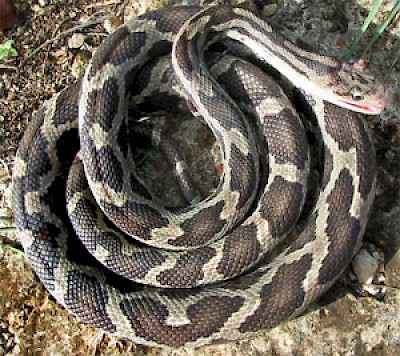 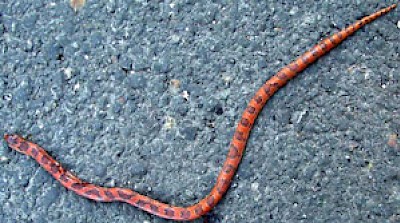 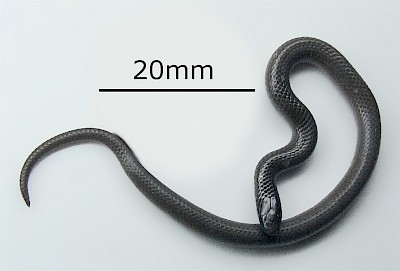