At last she woke again - a stiffened, bruised little figure, the dusty, torn rags of the feathered robe clinging about her. Thirst drove her to crawl forward on hands and knees along a rough, winding way, almost blocked in places by out-thrusts of rock.

Nakah moved with slow painfulness around a curve, blinked wretchedly at a point of light that hurt her eyes. A stupor of weakness and hunger held her. That light -- it fretted her. Then the full meaning burst into her brain -- light -- that meant an opening, air, freedom. She staggered to her feet and began to run -- and from a mere point, the lighted space grew steadily larger, till it became a square-shaped glow that beckoned her on still faster.

But fear began to stir in her again. What lay ahead? Did others know of this tunnel? Did a dread guard from the temple lie in wait for her out there, ready to drag her back to a death more horrible than starvation? She moved forward slowly, warily now. It was the clutch of thirst at her throat that drove her on. Water -- she must have water!

Then at last she was at the end of the tunnel. Instead of a doorway, it ended in a small square window, no wider than her shoulders and guarded with bars set a hand's space apart.

Here was mockery indeed! She had feared to find mankind beyond the cavern opening. And now without human agency to help batter down the barrier before her, she must remain a helpless prisoner of the prophet's tomb.

As she peered out through the narrow space that was curtained in vines, Nakah saw only masses of greenery, heard only jungle sounds: bird calls, snap of twig, soughing of the wind, purl and patter of water. Water -- water was out there. She must have it. And Nakah began to beat with bare hands at the window bars.

And then, instead of stone or metal, she found that her fists were beating against wood, wood that vibrated to her blows. In the dim light of the cave, she dropped to her knees to examine her find. Yes, here before her were set merely bars of wood fitted neatly into slots cut in the stone facing of the opening. In a fever, she dragged out enough of these to leave space for her small body to squeeze through, gave a wriggle and a push -- and was free. Out of the overhanging shelter of the tunnel mouth she rushed, and stood blinking in the blaze of tropic sunshine. About her lay jungle, nothing but jungle. A spotted wood cat slunk snarling into the shadows. Monkeys fled chattering to the treetops. A great tawny bush serpent slept its gorged sleep on a sun-warmed log.

Nakah saw scarce anything of this teeming wild life. She had eyes only for water -- water dimpling along its forest way to leap into a cool shadowy little pool. Here Nakah knelt to drink, to dip up handfuls to throw over face, arms, body, to drink again.

Freedom -- it was hers at last.

She loitered in the beauty of shrub and flower that edged the pool. She eased her hunger with wild fruits, she dabbled in the water, she slept long and peacefully in a bed of grass, unconscious of fierce jungle eyes that peered through the brush, of jungle nostrils twitched sharply by the human scent of her.

For hours the girl slumbered thus. Exhaustion was upon her. She had suffered, endured till her strength could bear no more. The sun, high above the treetops, told that it had come to midday. Still Nakah lay inert. Then the swift gliding of a great snake through the leaves close to her passive body brought the girl to herself, suddenly awake, afraid, her nerves a-tingle to this new dangerous life she had fled into. Tremblingly, she leaped to her feet, and as the startled bush serpent glided in one direction, she raced in the other.

Breathlessly she brought up short in her flight, stood stockstill. She must plan, make some arrangement of life. She could not go on forever dashing vaguely through the forest. She must have some refuge, some stronghold of protection. The tunnel mouth with its barred opening! That would serve her -- for a time, anyway.

Quickly, Nakah retraced her steps, her wood lore guiding her back along the passage of her flight by the noting of a broken twig here, a blossom crushed underfoot there. As she moved along her mind leaped ahead in its planning. Behind that barred opening, she would make herself most comfortable, spread a bed of boughs, set here one of the plaited water jars she could weave, store roots and herbs for food.

But alas for plans! When she came again to the tunnel opening, her eyes fell upon some objects which in her mad rush for water that morning she had passed by unseeingly. They were simple enough things, to be sure -- merely an empty calabash, a small deerhide sack, and a coarse black mantle hanging from pegs thrust into the entrance wall. But as Nakah viewed these, she shrunk back in horror. Some other human had access to this refuge. Closer examination of these objects blanched her face still more. The black mantle bore, woven into its border, the serpent sign of the Aztec priesthood. On the deer-hide sack was painted the same crest.

In a sort of hopeless paralysis, Nakah stood still and stared. So, the cruel pabas of Kulkulcan knew everything, knew of this secret way that led out beneath the city walls and into the jungle fastness. Mechanically, the girl reached forth a hand and touched the robe. Yes, it was real, the coarseness of its weave grated between her fingers. She thrust a hand into the sack and brought out a little loaf of maize bread that crumbled freshly to her touch.

These things had come but recently! Their owner must be close around here now -- waiting to drag her back to the temple prison. All the old horror of the sacrificial death she had thought to escape spread like a cold madness through Nakah's veins. She turned about and fled insanely into the trackless wilderness, crashing into trees, tearing her way through thorn brush, falling into bogs and dragging out, to push on. Darkness and exhaustion at last stopped her flight.

Nakah spent a fearful night wedged tight into a high crotch of a vine-hung zapote tree. A liano creeper twisted about her body kept her from falling when she happened to doze. She slept but little, though, for the shreds of her once stately robe served but poorly as protection against the hordes of jungle insects.

The next day she wandered on deeper into the wildnerness. Before the coming of another darkness, however, she had made some crude arrangements for bettering her bodily condition. Across two spreading branches of a towering manchineel tree, she fastened a roughly constructed mat of intertwined lianos. Above this, she drew a mass of creepers together and thatched the conical sides, thus formed, with leaves and twigs, into a sort of roof. Nakah's childhood on a slave farm edged by jungle had taught her many jungle secrets. It stood her in good stead now to know that a coverlet of yetl* leaves warded off mosquitoes, that a section of giant bamboo made an ample water jar, and that certain herbs and berries and roots were good to eat.

As day after day passed by, and no further sign of priestly pursuit penetrated these wilderness fastnesses, an interlude of peace descended upon Nakah. She began to add little primitive comforts to her mode of existence. To cover her nakedness, she gathered the fibrous inner bark of trees, wetted it, pounded it between stones into strips of clothlike texture. These strips she laced together into a garment. She plaited reeds into bowls and baskets and stored nuts and roots in these for future use. She made herself a hatchet by binding a sharp stone tightly into the cleft end of a stick. A flint-pointed spear was added to her protective equipment also. In a way, her life now was more easy and pleasant than had been much of her previous existence.

Yet, loneliness, longing for her own people, her grandsire, haunted her. It was cruel to be shut off from all humanity. Sometimes Nakah mounted by swaying perilous vines to the top of a giant, orchid-hung zapote tree. From this forest monster, that towered above its fellows, she could glimpse far columns of smoke rising from a distant eminence. That would be Chichen Itza of the thousand altars. Thenfrom the lowlands rose other, thinner smoke columns. These would be the slave folks' fires. And a sob would tighten Nakah's throat as she wondered if she would ever see the bond-people -- that were her people -- again. If the priests were patrolling the jungle edge, they would be guarding slave camp and quarry camp too. So the fugitive from the temple dared not expose herself to capture by coming in touch with that remnant of old Itza that toiled beside the walls of Chichen.

Nakah desperately longed to know what had befallen her grandsire. On that day of her capture he had marched forth so confidently to set in motion the plan for delivering his tribesmen. Had his scheme been merely the hallucination of a blind, toil-worn man? Or was Copan to lead his people to freedom? Had he gone on that far journey without her?

Haunted by thought like these, Nakah would fall into wild scheming of all sorts to get in touch with Itza. But it was futile planning. She knew she dared not come up out of her wilderness seclusion. Her only hope of news lay in a chance meeting with some stray woodcutter or spice-wood gatherer from the Mayan camp -- and such a meeting might never occur.

Then, one dusk, as the lonely little fugitive sat in the doorway of her high jungle hut, she gazed downward, only to shrink back with fear of what she saw. Far below, and at a little distance, Aztec huntsmen, with an ugly ocelot in leash, were tramping on between the great boles of forest zapote and lignum, straight toward her retreat. Her heart shriveled within her. Were they searching for her? What chance stood she with that great, flat-headed Aztec tiger on her trail?

Stay tuned for the second part of this chapter coming soon! If you want to catch up, start reading the book from the beginning here.

*Yetl tree... that's what the book says, but I cannot find any reference to a 'yetl' tree on the Internet. Anyone have any ideas what this might be? 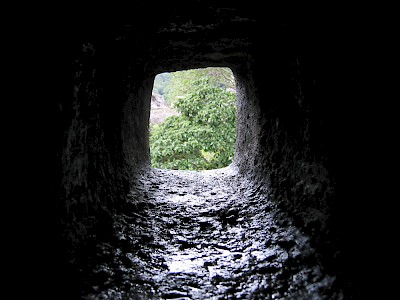 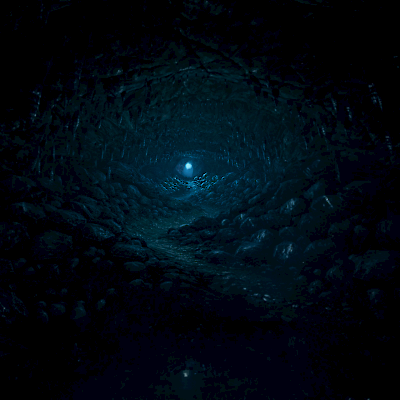 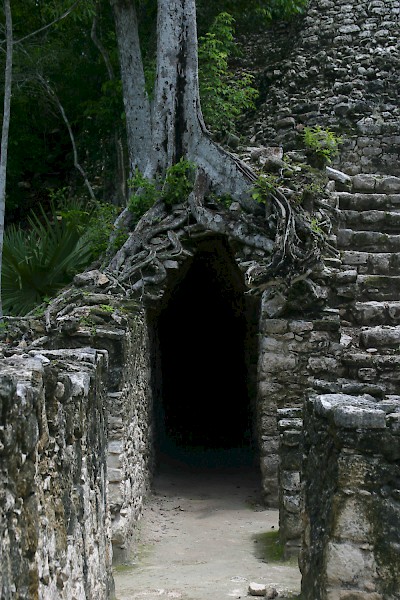 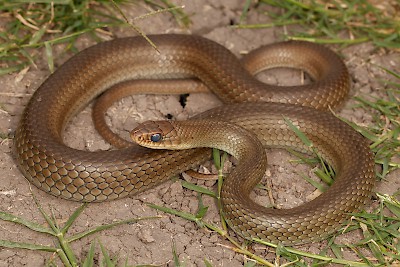 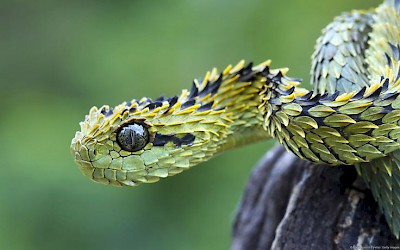 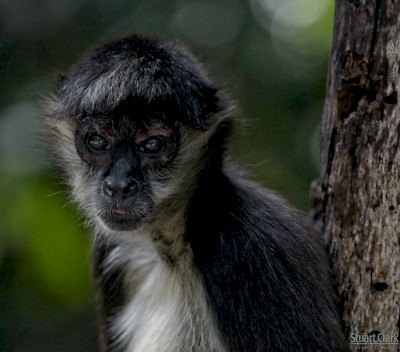 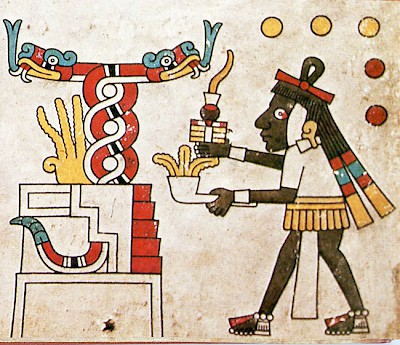 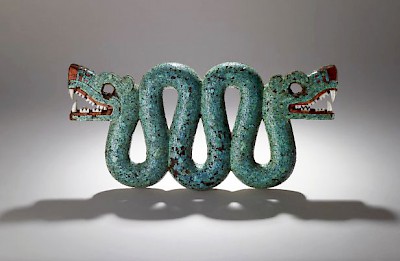 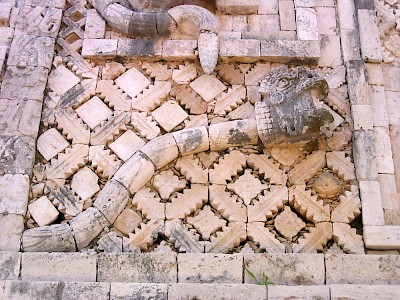 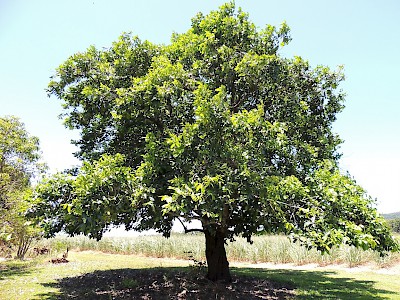 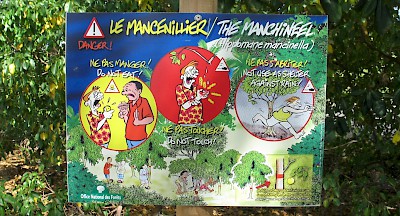 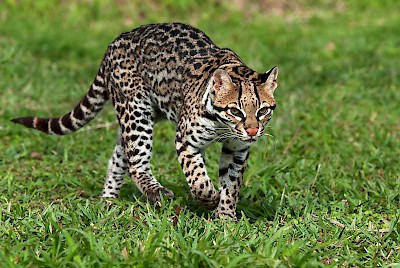