Pirates of the Yucatan

Editors Note: This article is another well-researched review of a book in Spanish called El Filibustero (1864) by Eligio Ancona (available as an Amazon Kindle edition, February, 2012).

Pirates of the Caribbean

A “filibustero” is a freebooter or pirate, a variant of the French word fribustier derived originally from the Dutch word vrijbuiter. Our word filibuster, of course, comes from these words as well, as evidenced by its alternative meaning, "a person engaging in unauthorized warfare against a foreign country". During the 17th century, a filibustero was a specific type of pirate who operated in the West Indies, attacking ships servicing the Spanish colonies. One of the most famous of them was Sir Francis Drake who spent so much time in the Caribbean that the main channel between the Virgin Islands is named after him. This era of Caribbean piracy began in the 16th century and ended in the 1830's, but the era reached its height during the years between the 1660's to the 1730's. These pirates not only captured ships, but frequently attacked and plundered Spanish colonial cities, towns and haciendas along the Gulf and Caribbean coasts. Campeche was so plagued by them that it eventually built a protective wall around the city.

In 1864, Eligio Jesus Ancona Castillo (1835-1893) wrote his third novel entitled El Filibustero. Ancona was born in Merida. He was an important political figure in his time and was several times the governor of Yucatan. Ancona's importance is evidenced by a commemorative bust which sits where Avenida Reforma (Calle 72) meets Avenida Cupules. Along with Justo Sierra O’Reilly, he is also the best known Yucatecan writer of the 19th century. The flowery and exaggerated style of writing popular in the 19th century is no longer to modern taste and so these books are not read much anymore, but both of these authors made a serious attempt to capture the feeling and the way of life of colonial Yucatan, and especially of Merida. Because of their efforts, we can attempt to understand the circumstances in which people lived here in Yucatan 300 years ago.

Ancona also wrote a four-volume history of Yucatan. His historical interest is strongly reflected in his novels. This third novel is a good example of his historical bent, and also something of a record of life in Yucatan in the early 1700s.

A filibustero makes an excellent protagonist for a work of romantic fiction. In the hands of both Justo Sierra and Eligio Ancona, the protagonist becomes a daring adventurer, totally free of allegiance to any authority and a law unto himself, a rebel who survives by strength and cunning. And, of course, because he is starring in a novel of romance, this hero must somehow be a virtuous pirate, a physically and morally attractive Robin Hood of the Sea, and there must also be a virtuous and lovely young woman upon whom he can focus his curiously chaste but manly passion.

Ancona’s hero is called Leonel and the heroine is Berenguela. Leonel is the adopted son of Berenguela’s wealthy parents, and the two young people are raised together. At the age of 18, Leonel declares his love for Berenguela but is cruelly rejected by the girl’s parents and exiled from their home. He becomes unwittingly involved in a political intrigue and the murders of Fernando Hipolito de Osorno y Pedro Gabriel de Covarrubias who had taken asylum in the Church of San Servacio on the central plaza of Valladolid. It might interest our readers to know that this gruesome murder is a true historical event known as El Crimen de los Alcaldes (The Crime of the Mayors). Though Leonel attempts to defend the victims from their attackers, he is wrongly accused of the murders themselves and is condemned to prison. He eventually escapes, only to discover that Berenguela, who had once sworn undying love for him, has married someone else.

When our persecuted hero reaches his most desperate and despairing moment, he comes face-to-face with a group of pirates. He says, in typical romantic fashion, “So you are the famous filibusteros who travel the oceans on a fragile wooden craft, defying nature’s storms and the power of men... who are free like the wind, going wherever you want or wherever the waves take you... who live outside that perverse society in which brother sells brother, in which those who should protect you sacrifice you to their disgusting passions, and in which the sweetest and most holy affections yield to the insatiable greed for gold or to the vile influence of power.” (Author's translation) After this mouthfull of admiration and accusation has been delivered, Leonel joins this outlaw group and begins his new life as an infamous and feared pirate captain called Barbillas, raiding with his violent multinational crew along the Gulf Coast of Yucatan.

After many twists, turns, surprises, unexpected events, and overwrought emotions, this novel ends in tragedy for one set of lovers and happiness for another. I am not going to spoil it by telling you the details!

It is interesting to note that the story told is in reality a vehicle for a political agenda. Ancona was a confirmed liberal, a supporter of Benito Juarez and an opponent of Maximilian and of Porfirio Diaz. Much of this novel is an attack on the injustice, intolerance and oppression of the traditional ruling classes--the Spanish administrators, the church officials, the wealthy hacendados--and it favors those who honestly work for a living, and those who are compassionate and generous toward the unfortunate and the poor.

In the hands of writers like Sierra and Ancona, literature was primarily an instrument for social and political change, and in their time these two Yucatecans were masters in the use of this instrument. 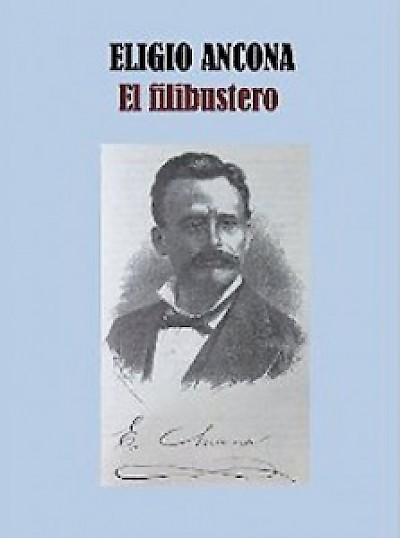 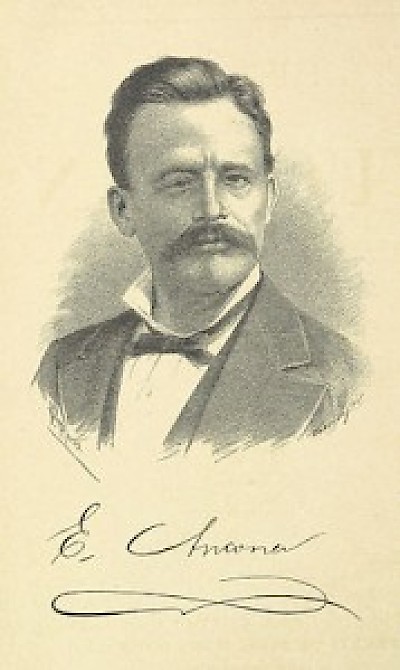 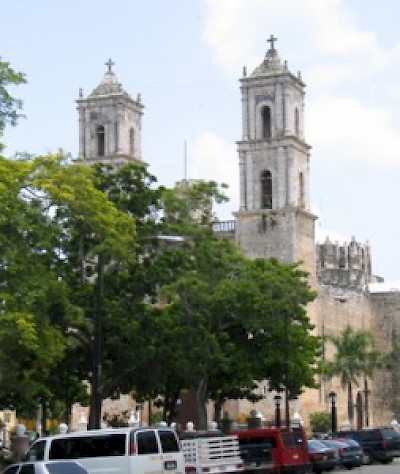