Editor's Note: We are hoping that this is a first of a series of reviews of books about the Yucatan... and not just any books, but books written in Spanish. Many of us don't have the knowledge, facility or patience to read a book written in Spanish. But we have the interest... and many of the books written in Spanish have a lot to teach us. For instance, one of the main historical characters in this novel is Manuel Barbachano, whose descendants own both Hacienda Chichen next to Chichen Itza and the Casa del Balam in Merida. Interesting, yes? We are grateful to our new contributor, James Gunn, for sharing this review. And we hope there will be more!

This excellent work of historical fiction, winner of the Real Academia Española prize, is a "must read" for anyone who lives in (or is interested in) the Yucatan Peninsula. Written in clear, precise Spanish, it is accessible to readers with at least a high intermediate ability in the Spanish language. In fact, the clarity of the language is one of the qualities of this work that I particularly enjoyed. As anyone who writes seriously knows, the sort of precision and clarity that gives the impression of simplicity is not at all easy to achieve. Words, like jewels, need to be cut 'just so' and highly polished in order to be brilliant. Hernán Lara Zavala's language is just that: brilliant and well chosen.

The scene is set in 1847, an important year in the history of Mexico. Two events happen almost simultaneously: the invasion of the Mexican heartland by troops of the United States, who march inland from Veracruz and successfully occupy Mexico City, and the start of the lesser-known War of the Castes in the Yucatan Peninsula. As a result of the first event, Mexico lost the war with the United States and a large portion of its territory. As a result of the second, the Yucatecos gave up their determination to form the Republic of Yucatan and chose to join, once and for all, the United States of Mexico.

In the mid-19th century, the Yucatan Peninsula was an isolated and virtually autonomous region of the Americas, with three competing groups in the population: the Meridanos, the Campechanos, and the Mayas. This is a complex mix of people of different races, beliefs, national origins, and economic/social classes. This creates a problem for the writer: who is going to tell the story, and from which point of view? Lara Zavala solves this by using multiple narrators with multiple perspectives. He calls this a polyphonic style. It works.

The author says there are no villains in this story, except for the gobernadores, the usual self-seeking, power-hungry politicians who have always been the villains throughout Mexican history.

The novel begins with a brief chapter describing an elegant ball, el Baile Verde (The Green Ball), in one of Merida's lovely mansions. His account of this event very effectively evokes believable images of that time and introduces some interesting characters. Most of the characers are fictitious but a few are historical, such as the two most powerful political figures of that time, Santiago Mendez, leader of the liberal Campechanos, and Miguel Barbachano, leader of the conservative Meridanos. The clandestine meeting of these two men in a backroom of the mansion sets the stage for the conflicts about to emerge.

In the next chapter we have a detailed and intimate view of the life and thinking of the local Bishop, Monseñor don Celestino Onésimo Arrigunaga. He is soft, spoiled, overweight, highly self-centered, and the pampered and privileged son of a wealthy Merida family. Among other unpleasant things about this personage, we learn that at the age of 14 he impregnates (despite her resistance) an 18-year-old Mayan servant girl in his household. When the pregnancy shows and the family finds out, the girl is paid a small sum and sent packing. Despite all this, he is not all bad, and neither are the other characters in this story. And so it goes. In each chapter we experience moments of time beginning in this fateful year of 1847, sometimes thanks to an omniscient narrator who sees and knows all, and at other times through the limited perspective of one of the participants. Those participants include both the newly-arrived British governess, la señorita Bell, and the alcoholic Irish doctor, Fitzpatrick. These narrators reappear in later chapters, sometimes as personages in the narration of additional characters. One of those is a novelist, José Turrisa, who chronicles the events of The Caste War as they happen, but then loses his manuscript in a fire.

Among the things I learned from reading 'Península, Península' is how unexpected and terribly destructive the very violent Caste War was, and the reasons it occurred. The author claims that half the population of the Yucatan Peninsula was wiped out. The Maya rebels, with their inferior weapons, took the worst end of that destruction, but also came very close to eliminating from the entire territory all Europeans and ladinos (the mestizos who spoke Spanish and had generally adopted Hispanic culture). We still have here in the Yucatan two very different worlds, rubbing side-by-side but remaining quite separate. And now more than ever, I wonder about the Mayas, who in the Yucatan are everywhere. They are the exclusive or near-exclusive residents of most of the small towns and villages, they are ubiquitous in the streets of the cities, and they are working daily in our homes and gardens. With us they speak Spanish, but with each other they speak the Maya language. I wonder now what they are saying. I wonder what they think, both of us and of this strange world we are making in their ancestral land. They seem passive, submissive and even friendly. But are they dissimulating? Among themselves, is there something--a knowledge, an understanding--that we have no clue about? Are they living in our world (I don't think so) or are they, for the moment, merely suffering us to live on the periphery of theirs? 'Península, Península' did not give me the answers to these questions, but it did make me want to know more.

By the end of this fascinating novel the reader has learned a lot about the Caste War, this terrible episode in the history of Mexico. After reading this story, the reader may understand better why things and people are as they are here in the Yucatan Peninsula today, although like me, they may have even more questions. The author ends his novel with these words (my translation): "I admire the heroes of the Indian resistance and their right to decolonization and freedom, and also the Hispanic settlers who set their sights on possessing this place 'that is like no other,' with its inhospitable land, its fiery skies, and its mysterious countryside, where so much has happened and so many more things than humans have dared to even imagine." I highly recommend this well-written, interesting, and very informative book. 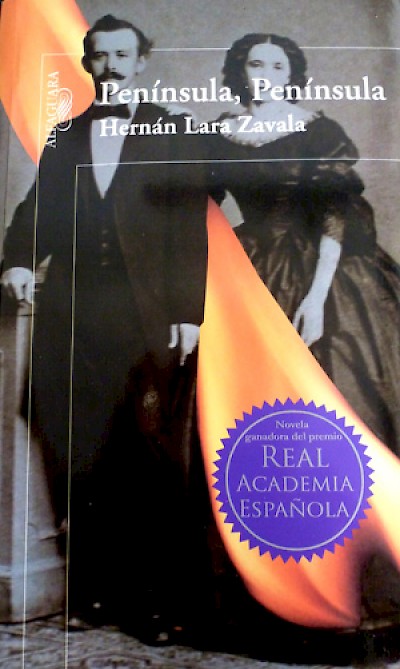