Earl Schorris was an honored and well-known American thinker, social critic and writer. He died in May 2012 in New York City. Though he was not Mexican by birth, he grew up on the border, in El Paso, and in the 1950s had a brief career as a bull fighter in Juarez. Among the many works he wrote and published, a number are about Mexico, a place where it seems he had deep roots and great attachment: The Boots of the Virgin (1968), Under the Fifth Sun: A Novel of Pancho Villa (1980), and The Life and Times of Mexico (2007).

I stumbled across this novel, In the Yucatán, by accident. Attracted by its title. It turned out to be an extraordinary read, showing every indication that the writer was unusually familiar with the subject. The novel begins with this curious paragraph, one that foreshadows the ending of the novel: "In the bas-relief carved into the wall of the great ballcourt of Chichén Itzá one may see the final outcome of the game: A kneeling player has been beheaded. For many years it was thought that the player was beheaded because he had lost the game. Only recently have archaeologists come to understand that the slain player had won."

The place is Ixchel, the protagonists are a Maya union leader (Andrés Chay), and a Chicano lawyer from Los Angeles (Juan Mendoza) who is married to a Maya woman. Ixchel is apparently not a real place; it's the name of a Maya goddess, the one whose temple was/is on Isla Mujeres. But in this novel it's the name of the town, two hours out of Merida and somewhere not so far from Valladolid, where Andrés Chay and Juan Mendoza are locked up together in a prison cell, isolated, permitted no visitors other than that of a journalist named Coronado whose interest and loyalties are questionable, and separated from 21 other members of the union who have also been imprisoned.

The combination of primitive circumstances, humiliating treatment, and shockingly low wages have moved the Maya workers on the local henequen plantation to attempt to form an unauthorized union and to negotiate for better conditions. But the powers that be, the ex-governor and henequen grower, the local strongman, the brutal police chief and the corrupt Sindicato de Obreros Mexicanos conspire to break the new union using any means at their disposal, including incarceration, threats, beatings, torture, and murder.

There is relatively little action in this novel, but much dialog between the two friends, Andrés and Juan. They joke with each other about the (extremely low) wages the union is paying Juan for his legal advice and services to the union, Andrés attempts to teach Juan some words of the Maya language, and we get interesting glimpses into two very different cultures and ways of thinking: Maya and American. In typical Maya fashion Andrés accepts their fate and waits patiently and apparently passively for whatever is to come. Juan however is outraged by the injustice of it all and determines to go on a hunger strike. For the next 36 days or so he takes no food, only a few sips of water a day.

Andrés tries to dissuade his friend from what he sees as a foolish and vain attempt to influence their circumstances in a dangerous way, but Juan is stubbornly determined, and Andrés has no choice but to watch as the big, strong and healthy American wastes way until he cannot even climb out of his hammock. Juan is convinced that because he is an American the US consulate in Merida will pressure the authorities in Ixchel to release them all. But despite appeals by his wife and others to the consulate, nothing is done. Both Juan and Andrés are mocked and brutalized by their jailers, and one of the 21 members of the union is shot and dumped in their jail cell to die. Clearly, these people have no scruples and the murder gives proof of that.

At the end, when it seems Juan's attempt at a hunger strike is going to be no more than a foolish suicide, there is action. Not by Juan, but by the women of the incarcerated men, by other local Maya, and above all by Andrés. It's unexpected, but it seems very much in accord with what is characteristic and in tune with the beliefs of these extraordinary people. It's contemporary, it's about the Yucatan and its native people, and it's a very interesting (though intentionally disturbing) read. As social criticism, what Earl Shorris spent a good part his professional life doing, it is very effective. 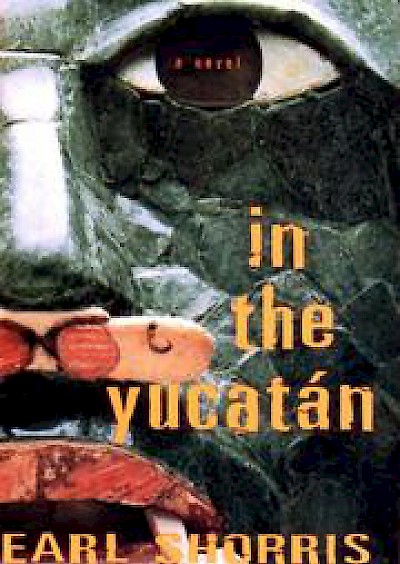